Just three days remain until the beginning of the Easter Bank Holiday. Have you made the necessary arrangements to see your extended weekend break doesn’t go to waste? If you have, a gold star for you, you organised so and so. If you haven’t, get a load of some of the eggcelent mind-melting parties happening across the length of Britain on our Easter Inspire Me page, and grab yourself a couple of tickets before it’s too late! Now to the matter at hand – New events!

There’s plenty to go at this week, with tickets for summer festivals the likes of Kiddstock, Electric Love and On The Pier Hastings all now on sale. Take a good look through our top ten roundup and you’ll also find some pretty special one-off musical gatherings, including an emergency fund raising event for the people of Ukraine in Manchester and a street party in Shoreditch, London, featuring disco revivalist – DJ Harvey.

Continue reading below and click or tap on the event titles, artist or venue names for more… 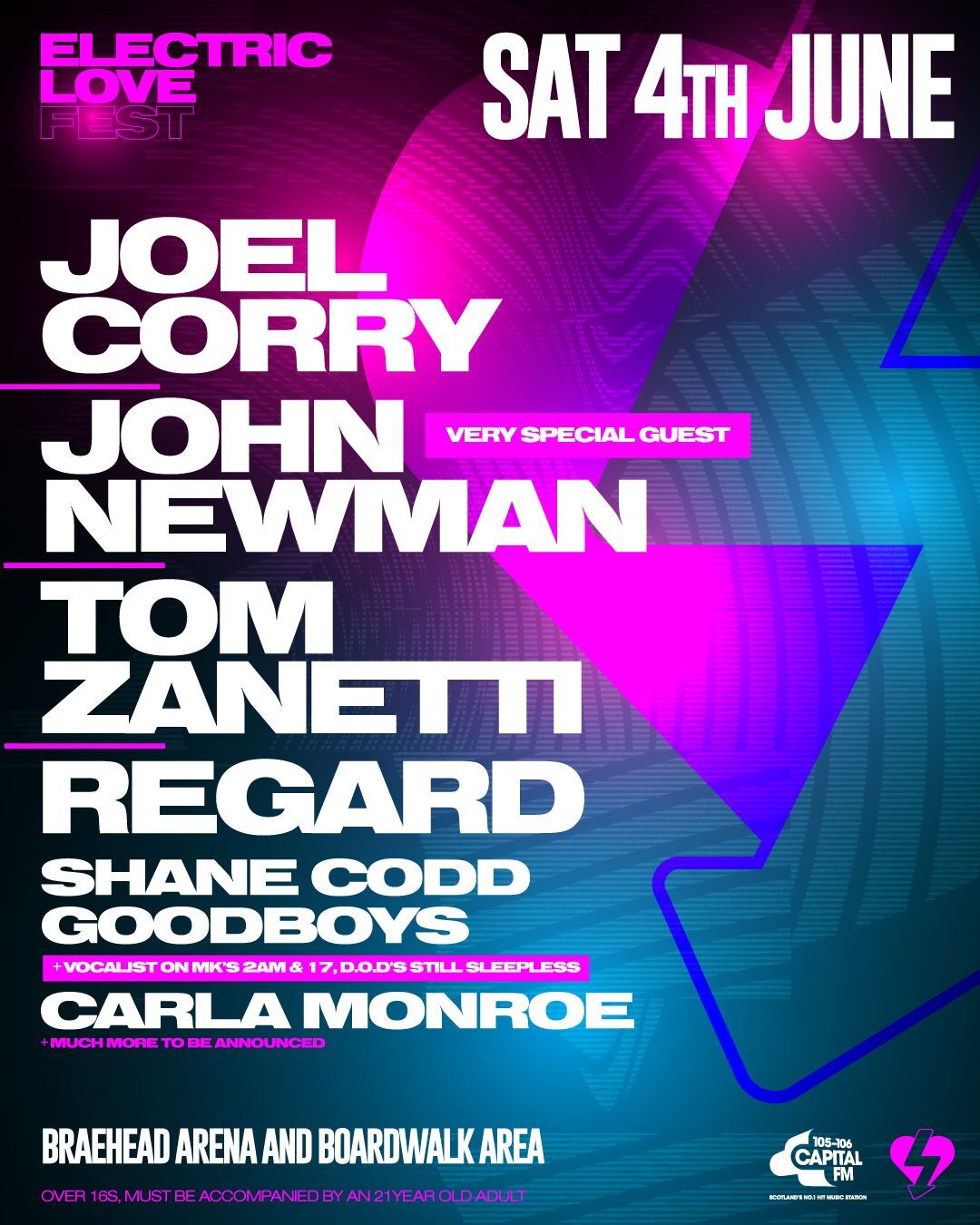 Where: Braehead Arena in Glasgow

Coming to the Braehead Arena in Scotland’s largest city, Glasgow, this summer, a brand new dance-pop music festival featuring some of the biggest names in the genre – Electric Love Fest.

Joining the Queen in celebrating her Platinum Jubilee, on Saturday 4th June, those with tickets will get the opportunity to dance and sing along to the likes of Joel Corry, the Geordie Shore TV star turned BRIT-nominated producer and DJ, John Newman, Tom Zanetti, London-based singer-songwriter, Carla Monroe, Shane Codd and many more. 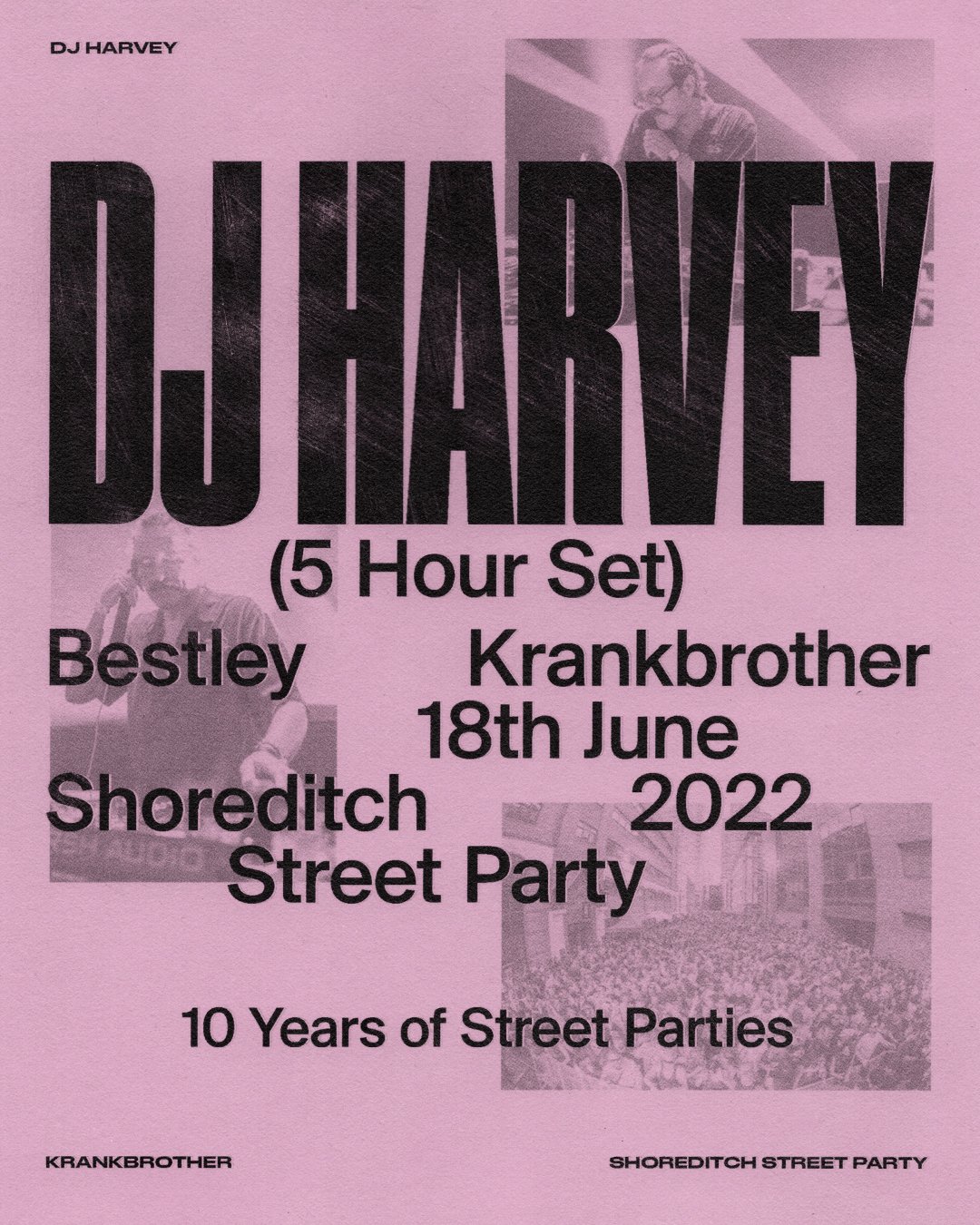 A leading figure in disco renaissance, the inimitable and enigmatic DJ Harvey is set to perform in the streets of the English capital this coming June, at the request of one of the UK’s most prominent electronic music event brands – Krankbrother.

The eccentric and usually moustachioed selector has acquired cult-like status through his many years of performing in notable clubbing destinations across the globe. Commemorating ten years of street parties in the trendy London district on Saturday 18th June, all those present can expect to hear a patchwork set consisting of some of the brightest, funkiest and damn right danceable disco tracks known to man. One not to be missed.

On The Pier Hastings 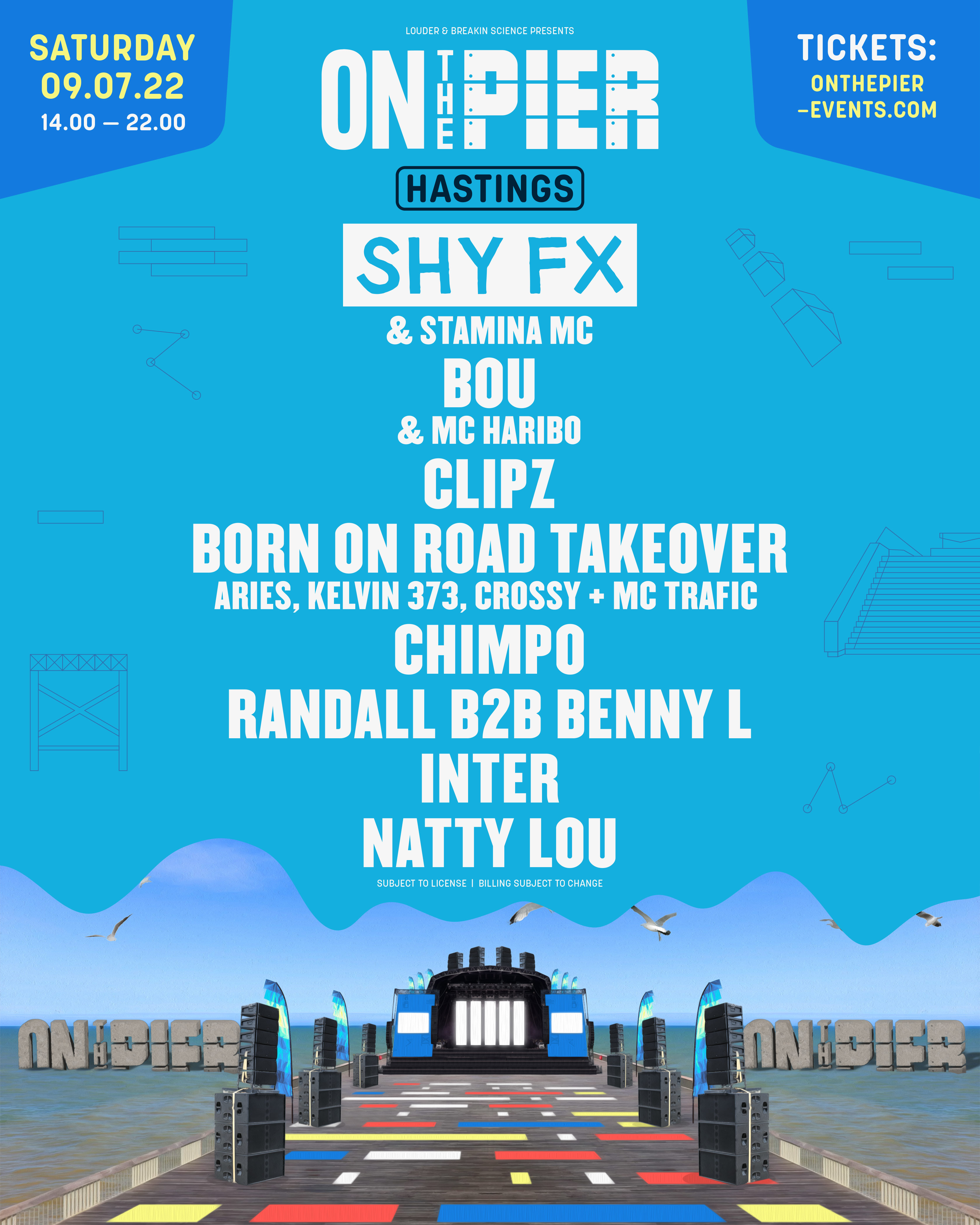 Where: Hastings Pier in Hastings

Stretching out over the English Channel, Hasting’s On The Pier party series frequently boasts performances from the elite of the bass music world on the seaside resort’s historic one-hundred-and-fifty-year-old pleasure pier.

Bringing the best in the genre to music fans across the south of the UK, in partnership with fellow party-throwing team, Breakin Science, this July’s event looks set to be a big one with headliners Bou, Chimpo, Randall and long time drum & bass innovator, Shy FX all confirmed to take to the stage.

The only thing louder than the crashing waves below will be the chest-rattling sound systems on deck, pumping out a score of drum n bass classics and modern bass hits. Sunny’s, sunblock and trigger fingers at the ready for this one.

Find tickets for On The Pier Hastings – here 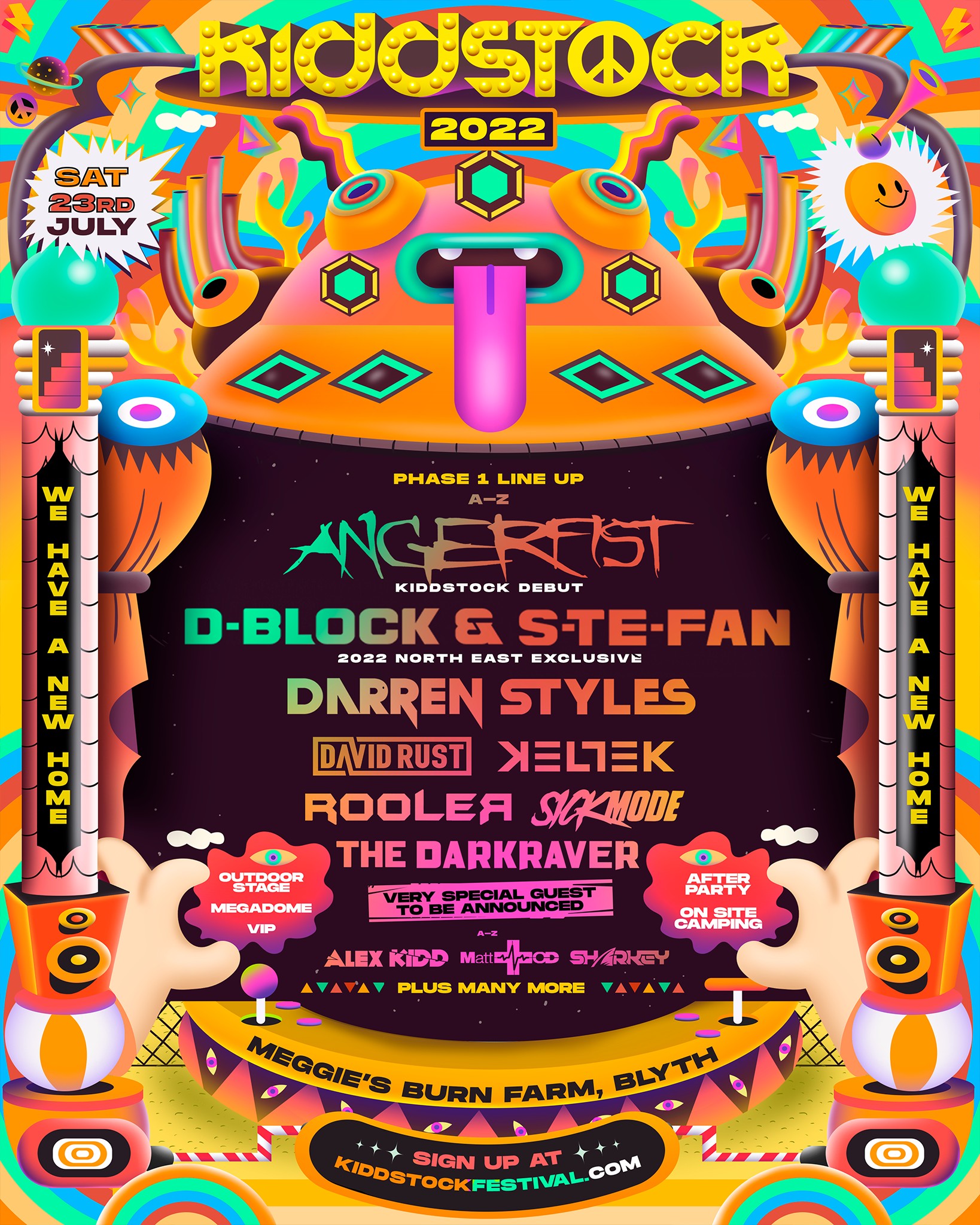 Where: Meggie’s Burn Farm in Blyth

Heading to a brand new location, Kiddstock will set out its stall on the spacious grounds of Meggie’s Burn Farm in Blyth, Northumberland, for an all-day marathon of mayhem on Saturday 23rd July. Among the first phase of artists recently announced to appear at the ‘never used before’ location are the likes of Angerfist, the Dutch hardcore master who makes his debut at Kiddstock this summer, Darren Styles, David Rust and more (see poster above).

The Open Arms at Warwick Castle 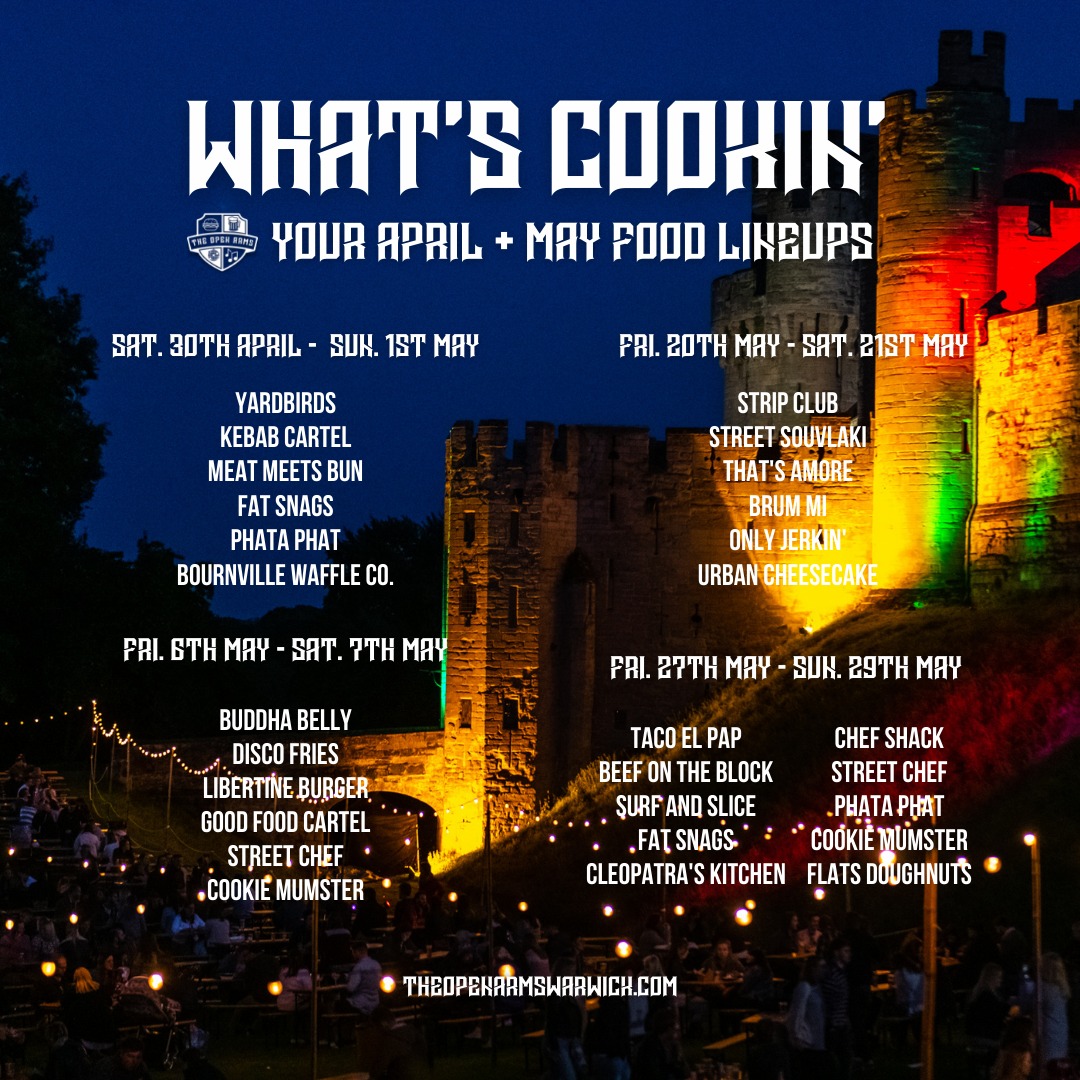 Where: Warwick Castle in Coventry

The UK’s biggest open air beer garden, The Open Arms has announced its return to the epic grounds of Warwick Castle throughout the spring and summer this year, with over twenty massive dates already revealed to kick start the run of gatherings.

Delivered by the expert heads behind award-winning street food series, Digbeth Dining Club, the forthcoming eleven-week season will see a smorgasbord of renowned vendors bringing culinary delights to those in attendance. Kebab Cartel, Disco Fries, Only Jerkin’, and Street Chef, amongst many others, will serve up the finest in Jamaican, Turkish, Oriental and State-side cuisine. Anybody else salivating?

Find tickets for The Open Arms at Warwick Castle – here 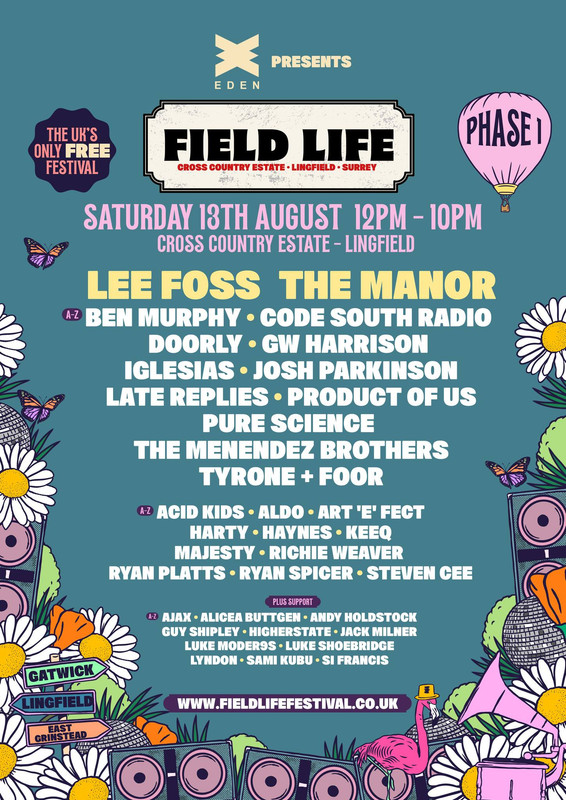 Where: Cross Country Estate in Lingfield

A brand new one-day music festival bonanza is set to light up the fields of Surrey this August, bringing up to five-thousand avid partygoers to the south eastern county. Introducing, Field Life Festival.

Brought to you in collaboration with Balearic superpower, Eden, this exciting new event is a welcomed edition to the already well stocked UK festival programme. Promising to enthral each and everyone of its guests, the event will offer five stages of first-rate music, crisscrossing the spectrum of dance from the mainstream to the underground.

Miami-based cool cat and co-founder of Hot Creations, Lee Foss will join other phase one acts including GW Harrison, Doorly, The Menedez Brothers, tech prospects Iglesias and Late Replies, rapper Tyrone and his posse FooR, Josh Parkinson and progressive duo Product Of Us, who recently blew the lid off of London’s Ministry Of Sound.

Keep those eyes peeled for more artist announcements in the coming weeks. 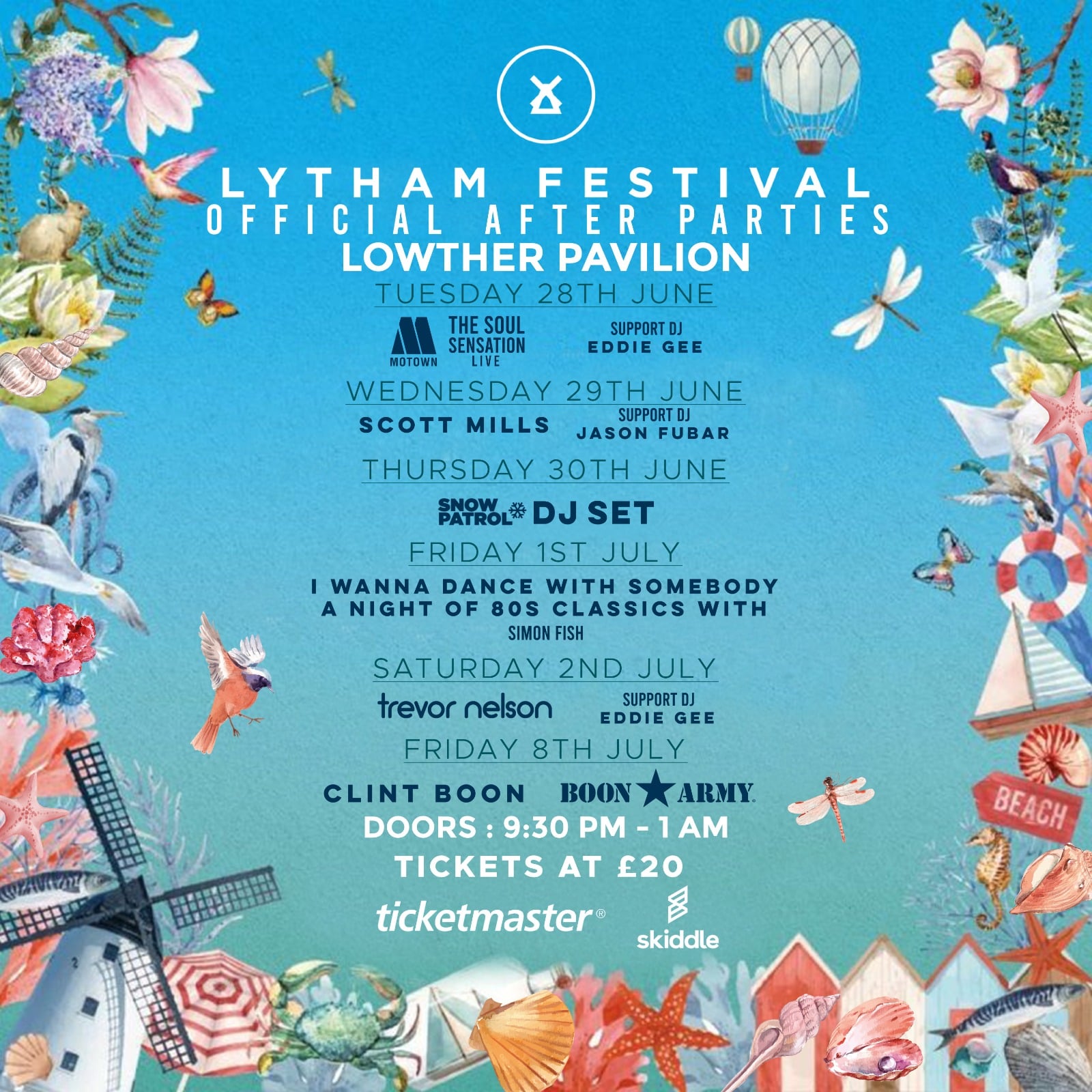 What is said to be the North West’s premier festival of music and culture, Lytham Festival, has gone one further this year, delivering a run of after parties to ensure the party keeps on going long after the headliners have left the stage.

Moving away from Lytham Green, the site of the multiple date festival, and into The Lowther Pavilion, Lytham’s biggest venue, each after party will rage on long into the night with entertainment courtesy of the likes of Clint Boon, Trevor Nelson, Snow Patrol, performing a special DJ set, and many more.

Tickets are expected to sell out way in advance. Get yours now on the link below to avoid missing out. 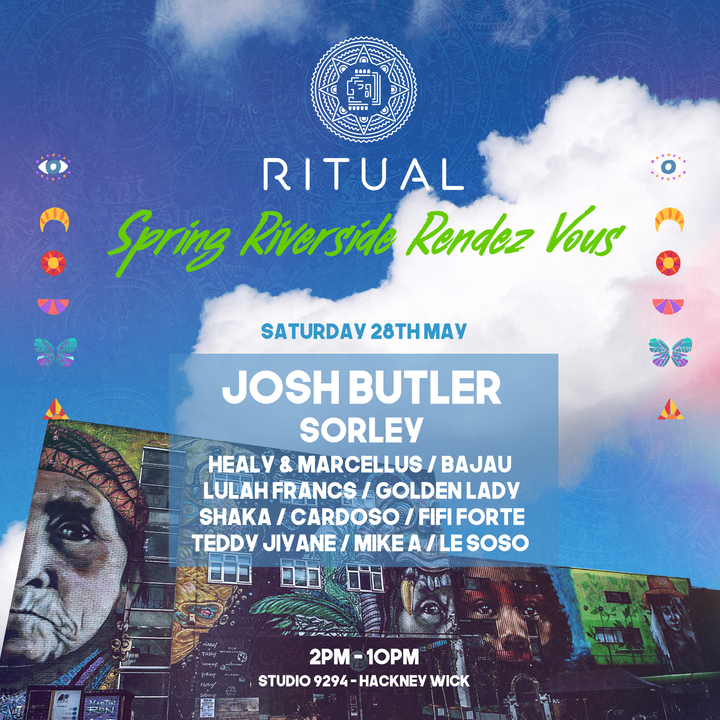 Ceremonious party planners, the trusted tribe behind Ritual have announced their second-ever Spring Riverside Rendezvous, returning to London’s Studio 9294 in Hackney Wick, East London, following the success of its debut in 2021.

Taking over the warehouse and heading out onto the water for the first time, with a special open top boat party in the works, the eight-hour springtime spectacle is set to include performances from names the likes of Josh Butler, one of the UK’s most revered house music talents, Sorley, Healy & Marcellus, hotly tipped London producer, Bajau, and more.

Never been to a Ritual party before? Expect only the best in house and techno with a tribal twist on all proceedings. 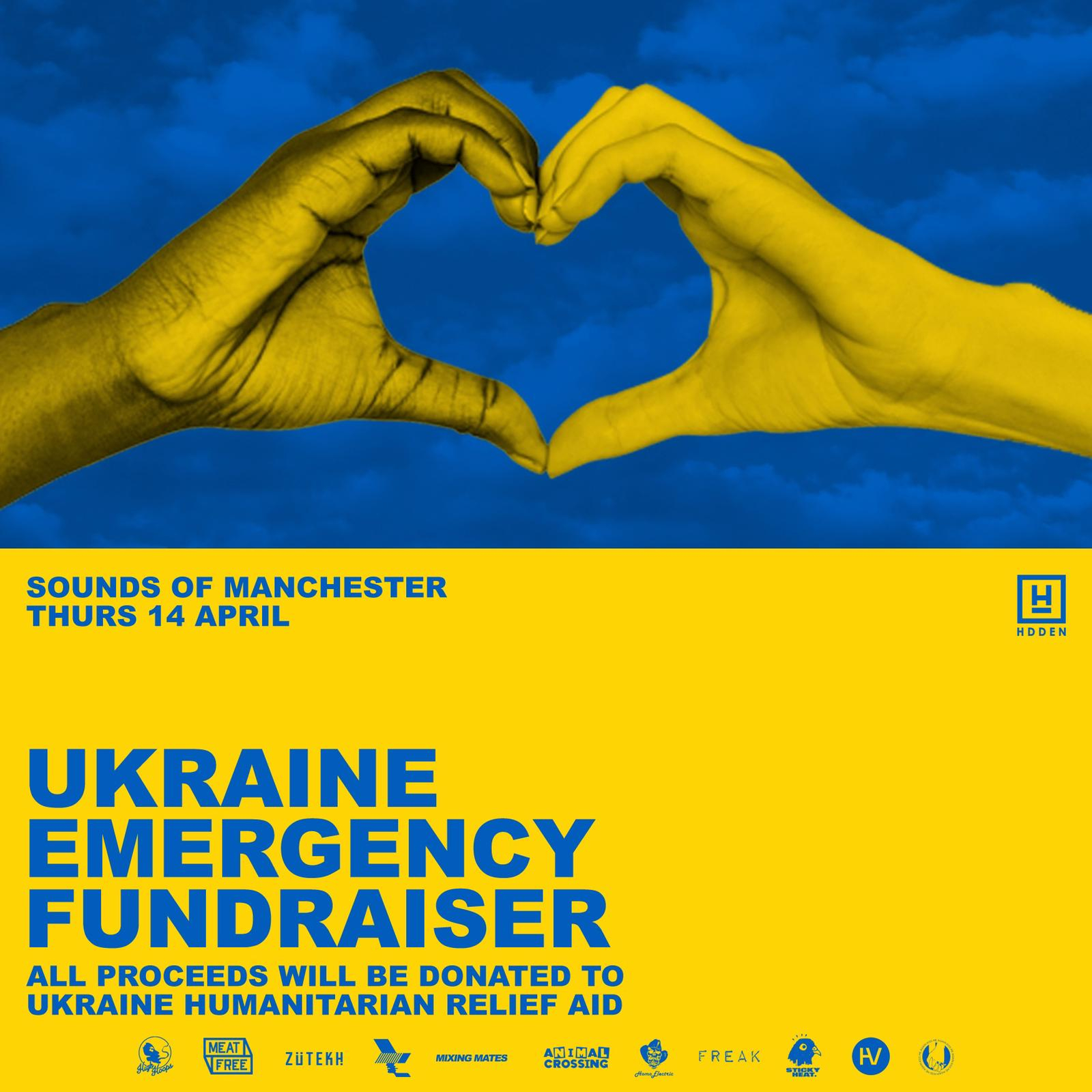 Where: Hidden in Manchester

Artists and promoters in Manchester are coming together for a much higher purpose and cause this Easter. The city’s creative contingent will link up to present a ‘Sounds Of Manchester’ event, in order to raise much-needed funds for the ongoing humanitarian crisis in Ukraine.

Those who want to show their solidarity and help raise money for this international emergency, are being urged to show up and dance up at Hidden on Thursday 14th April.

On sale this Thursday…

Where: Blackstone Street Warehouse in Liverpool

Rub your eyes and check again. Yes, you read it right the first time – Elrow is coming back to Liverpool for a blinding Bank Holiday bash this June.

Presented by Liverpool-based event specialists, CIRCUS, the Jubilee weekend special, running over nine hours on Friday 3rd June, will see thousands of revved up house and techno fans having it big to a hefty soundtrack courtesy of some of the biggest names in electronic music. Details of the lineup have yet to be disclosed. Watch this space for more.

Expect the usual high standard of stage and sound production, an endless deluge of falling confetti, and all the weird and wonderful roaming performers we’ve become accustomed to witnessing at an Elrow event.

What’s that you say? You’ve never been to an Elrow party! We highly recommend making it to this one. The hype is real.

Check out our What’s On Guide to discover even more rowdy raves and sweaty gigs taking place over the coming weeks and months. For festivals, lifestyle events and more, head on over to our Things To Do page or be inspired by the event selections on our Inspire Me page.