Go Viral With Your Short Film

Andy Warhol said, “in the future, everyone will be world-famous for 15 minutes.” Whilst at the time, the statement would have been seen as bananas (see what I did there). Today, it’s almost as if the American artist predicted social media.

For better or worse, social media has changed our lives. Once upon a time, our dreams were to travel around the world in a hot air balloon. Nowadays, it’s all about going viral.

Viral videos get seen by the biggest audience possible. They’re a worldwide phenomenon that averages millions and millions of views. It doesn’t matter what your video is about, as long as it’s entertaining, you can become part of the momentum.

The trouble is, getting your video creation to go viral is a lot harder than it seems. There’s no secret to increasing your content’s shareability. But, there are some simple techniques you can follow to increase your chances.

So, whether you are the next Safdie Brothers or Robert Eggers, or you simply want to promote your independent film production. Viral fame could be the next addition to your IMDB page.

With that in mind, we’ve put together a helpful guide that will ensure your short film breaks the internet and attracts as many eyeballs as possible in the process. Consider us the Mickey to your Rocky Balboa, or the Gordon Bombay to your Mighty Ducks. Let’s get started.

As a 21st-century filmmaker, you have all the tools needed to make a viral short film. Short films don’t have to be technical, but they do have to be entertaining. Your priority goals as a filmmaker should be shareability and engagement.

Shared content is inexpensive and effective. With access to every social media channel at your fingertips, virtual marketing can go from a possibility to a certainty. Viral success doesn’t depend on the critic’s approval; it’s the word of mouth that proclaims your content share-worthy.

More people are watching content than ever before. Statistically speaking, there has never been a better time to maximize your film’s impact. Due to the online distribution available – websites, social media, and blogs, the promotional opportunities are endless.

How to make viral videos

Originality is key when making a viral video. Due to the mobile phone, we are all walking around with camera technology in our pockets. Everybody can tell a story, so yours must stand out.

The writer/director Sean Baker used his iPhone to shoot some scenes of his Oscar-nominated film, The Florida Project (2017). With technology advancing so fast, we all have the capabilities to make something fresh and personal.

As expensive equipment isn’t needed anymore, a video from your phone can go viral. You’ll need a script to get started, stock music to build atmosphere, and editing tools to engage your audience.

Cloud-based software makes editing easy and efficient. You won’t need any prior experience in creating content as the editing process has been simplified. 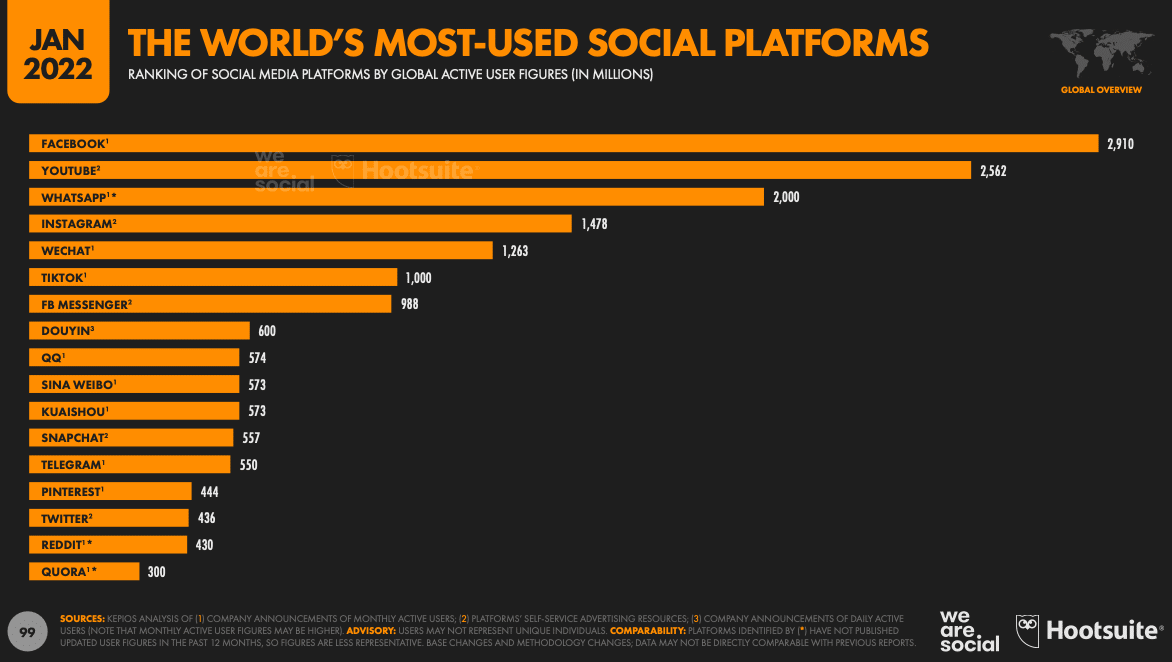 Once you’ve finished editing, it’s time to upload. Facebook is still the number one most-used social platform, YouTube is number two. YouTube is ideal for short films as users expect a longer runtime, it also allows creator and user interaction.

Cummings created an online page where users could watch his short film along with behind-the-scenes footage. This easy access personalized the director’s journey and allowed audiences inside the process. Fans love exclusive, production-centered content. It’s a peek behind the curtain.

Thunder Road also had the advantage of being shot in one take. This technique generated audience buzz and helped put the director’s vision on the map. Viewers were excited about the film due to its uniqueness. The engagement that Cummings generated is what an influencer marketing agency dreams of.

Thunder Road was able to achieve viral success through shareability and exposure. The filmmaker had created an event rather than a mere release. It’s a personal story where users are involved in the filmmaker’s journey.

How to make your short film go viral

The internet is a highly competitive place, the majority of creators want to be noticed. It’s up to you to create content that audiences will use, love, and share. But creating exceptional content is only half the battle. Let’s look at seven key tips to help maximize the impact of your short film.

If you’re asking yourself which social media platform is suitable for you, YouTube is a filmmaker’s best friend. At its core, the user platform is a search engine for all things video. Consider it the Quentin Tarantino of movie knowledge. As YouTube is the second most used social platform, it’s worth using its features to your advantage. As with Google, users can use the video platform analytics to improve audience attention rates.

YouTube Analytics enables an in-depth look into how the audience is reacting. Filmmakers are given the tools to check what is working within their content. It provides key information such as when viewers are unengaging with the story. This kind of audience awareness is something only online technology can provide.

For filmmakers, YouTube Analytics is like having their very own Grays Sports Almanac from Back to the Future Part 2 (1989). Instead of predicting improvements, YouTube reveals the exact information needed.

If a short film is to go viral, there must be constant engagement. Learning when viewers are disengaging means filmmakers can improve their work for the better. As an auto dialler improves the sales process, audience feedback improves your short film for the better.

You want to make it as easy as possible to find your short film. Your goal is exposure. You could be sitting on the next Everything Everywhere All at Once (2022), but if audiences aren’t made aware, how will they know?

As with search engines; video titles and descriptions are keyword sensitive. Before sharing your film with the online world you should research keywords. It’s worth looking up the most popular keywords related to your genre and including them within your video description. As we can see, keywords make up 17% of Google’s algorithm rankings. If you want platforms to recognize and recommend your short film, it has to rank high. Combining keywords and creativity in your titles will make people want to engage with your short film.

Whether uploading to Youtube, Instagram, or Facebook, tailor your keywords as closely as possible to your topic. Your target audience uses the keywords found in your descriptions, meaning you have more chance of getting found.

Ecommerce companies specialize in this kind of marketing. Interactive Voice Response (IVR) uses keywords such as “automation” and “customers” to make their service stand out.

Once you have selected your keywords, you now have to select the best time to post. You may not think it, but timing is everything in the viral landscape.

Timing can make or break your chances of going viral. It’s knowing when your short film will reach the biggest audience. Studies show that you will have more chance of reaching a YouTube audience by sharing on a Thursday between 2 pm and 4 pm. The best time for Facebook is Wednesdays between 11 am and 2 pm. 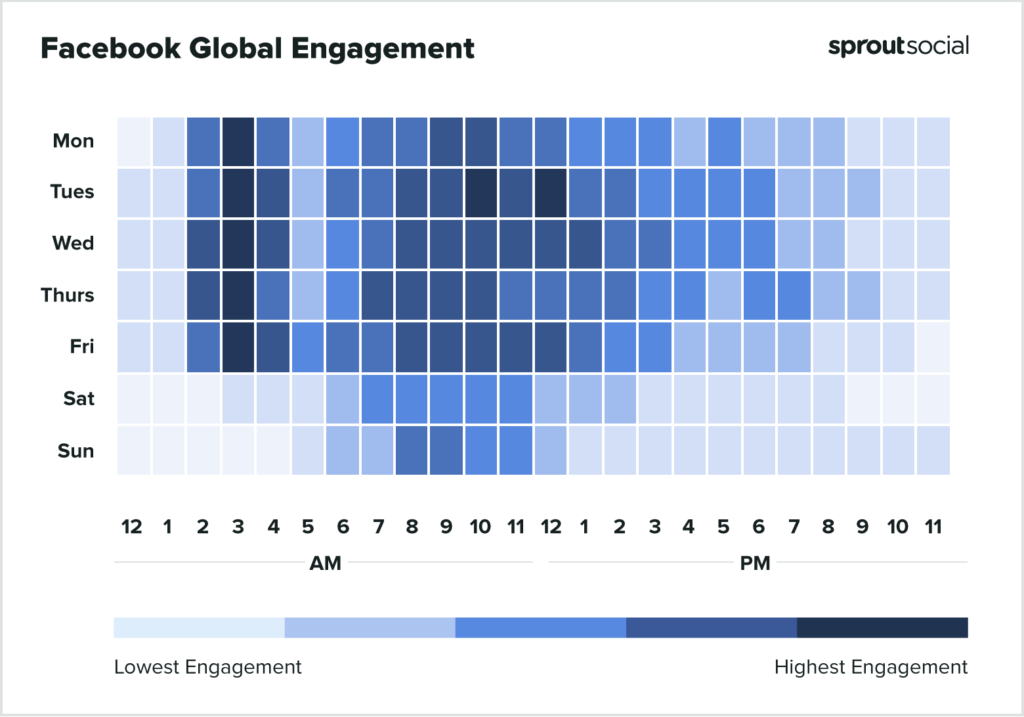 It’s all about knowing your audience and how to boost your marketing campaigns. You need to find out the optimal time to share your short film across different platforms. Using YouTube Analytics will find where your audience is based as time differences will affect your posting.

Going viral is a form of community spirit. It shapes the shareability of your short film across multiple platforms. Whilst filmmakers take on the creative role of production, the audience takes on the messenger role.

An example of this is the release of Zack Snyder’s Justice League (2021). This director’s cut of the DC superhero film only saw the light of day through the #ReleaseTheSnyderCut movement. The campaign engaged millions of online shares as fans utilized e-signature software to show their support for the director.

A picture says a thousand words, but a thumbnail says more. Although we’re told not to judge a book by its front cover, we all do it. Thumbnails are your short film’s front cover. It needs to grab your viewers’ attention and make them want to engage.

Marketing agencies use thumbnails for their explainer video content in an effective way. Everything their audience needs to know is in the thumbnail. That’s what you’ll need to make your short film go viral.

Viral videos will be viewed on all devices, but especially mobile devices. So, you need to keep that in mind when creating your thumbnail. The text needs to be visible or avoided as it can look blurry on certain screens. Your thumbnail needs to capture the essence of your short film. It needs to appeal to the visual senses of viewers. A great thumbnail can convey a film’s genre or tell viewers the tone of what they will be watching.

You only have a few seconds to engage

We live in an era of disposable content. Users have become accustomed to an endless supply of engagement, so you need to capture their attention instantly. We see this in online movie trailers, where the first five seconds bombard viewers with exciting scenes from the film.

Movie studios understand the need to hook viewers within the first few seconds. They adapt video content in each of their customer journey stages to make the perfect trailer. When they need to target an audience, trailers strengthen the filmmaker’s vision.

Whereas movie theaters have the attention of viewers instantly, viral videos need to earn attention. The first few seconds of your short film need to convince your audience to continue.

Due to the availability of content, audiences of today understand the production that goes into filmmaking. Social media platforms use cast interviews and behind-the-scenes footage to engage viewers. Because of this, users have developed a voracious appetite for exclusive content.

As Jim Cummings did with Thunder Road, revealing the magic behind your short film advances engagement. Utilizing social media such as live streaming, daily updates, and Q & As promotes your content on a deeper level.

Digital marketing has been embracing these techniques for years. If a business sells voice over internet protocols (VoIP) technologies, it is more beneficial to show how VoIP works rather than how much it costs.

Short film filmmakers can use video storytelling to engage fans with real-world production news. It connects its audience on a small-scale project and generates buzz to get people to watch. When you’re a filmmaker, you need to use all the tools at your disposal to be seen.

For your short film to go viral, you need to engage your audience. If you believe in and are passionate about your product, your enthusiasm will spill over to fans. When you accumulate a fan base, you have organically created one of the most valuable marketing strategies available.

Engaging with your audience and understanding what they want leads to a better chance of viral success. When your audience shares a video or likes a video, they are telling their followers they enjoyed this particular content. Digital engagement is the online version of a movie ticket. 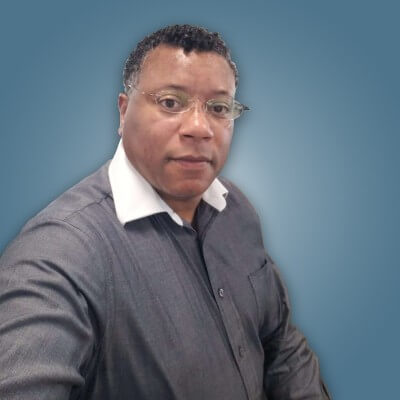 John Allen is a driven marketing professional with over 14 years of experience, an extensive background in inbound call centre, building and optimizing digital marketing programs across SEM, SEO, paid media, mobile, social, and email, with an eye to new customer acquisition and increasing revenue. John has also written content for ZoomShift and Shift4Shop.